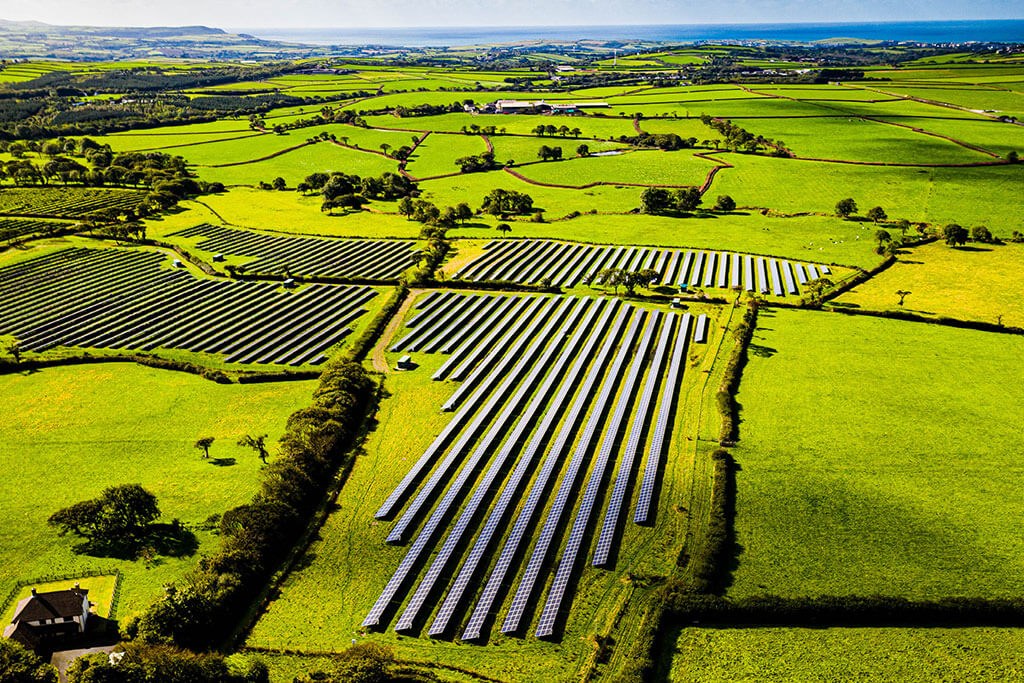 Solar farms are becoming increasingly popular. Eco Energy World is a leader in the market and is now investing heavily in Sweden for an energy transition without fossil emissions.

Renewable electricity is a step towards a more sustainable future. Interest in solar farms has grown greatly in recent years, and although solar energy is a small part of Sweden's electricity production, it is an important one that has many advantages. However, meeting the need and ambitions requires planning and competence. The solar cell market and interest in solar farms have increased especially with a perceived power shortage that had a major impact on electricity prices from September 2021.

"It is a common challenge and a shared responsibility to solve the power shortage in southern Sweden. The main thing is to implement our green initiatives that will take us to our energy transition target towards zero emissions by 2045. We now only have 0.5% of our electricity from solar cells and we are going to 10% within 10 years. Not least, more solar farms are needed now, and we EEW want to continue to lead the process," says Mutaz at Eco Energy World.

Eco Energy World (EEW) is a leading company in the development of solar farms. The company is based in London with branches in Spain, Italy, Australia, usa and Sweden. They are currently developing solar farms all over Sweden with larger ambitions for southern Sweden where the power shortage exists and is perceived as the most.

“The company has to date developed solar farms with a total capacity of 1.3GW around the world. EEW currently has an ongoing global solar project pipeline of 7.4 GW and has a goal of developing 500MW in Sweden within 2023. By 2030, these will be supplemented to a total of 2.4 GW. This will be our contribution to the energy transition towards zero CARBON EMISSIONS, these 2.4 GWs provide environmental savings of about 720 000 tonnes of CO2 per year in the European electricity grid system.” Mutaz said.

EEW has made rapid progress in Sweden and has already reached more than half the target. The company has secured projects with a capacity of around 300MW, which corresponds to approximately 400ha of land area, divided into seven different projects that are now in the permit phase. The projects are based on different types of land, such as agricultural land, pasture, marshland and forest land.

"EEW focuses on developing solar farms that can be integrated into society and the environment. We want to avoid competition with food production at high-quality farmland and instead focusing on forest land and less productive agricultural land and pasture that can be kept available to grazing animals after construction.

We have the ambition to soon expand the company's goals for the Swedish market. The ambition is to also develop so-called AGRI-PV projects where the solar farm and agricultural activities are combined in the same area. The company also wants to develop solar farms for hydrogen production after a successful experience with solar-hydrogen production in Australia,” Mutaz says.

"We are actively looking for interested landowners for new projects and are in close contact with our environmental consultants, electricity network companies, as well as local authorities and companies to reach the goal of expanding Sweden's solar power production. Together with our consultants, our team in Sweden conducts regular investigations into potential localizations from a nature, electricity grid and societal perspective. We also draw up agreements that allow all parties to participate in projects that promote a more sustainable electricity system while getting good financial revenues for them," Mutaz says.