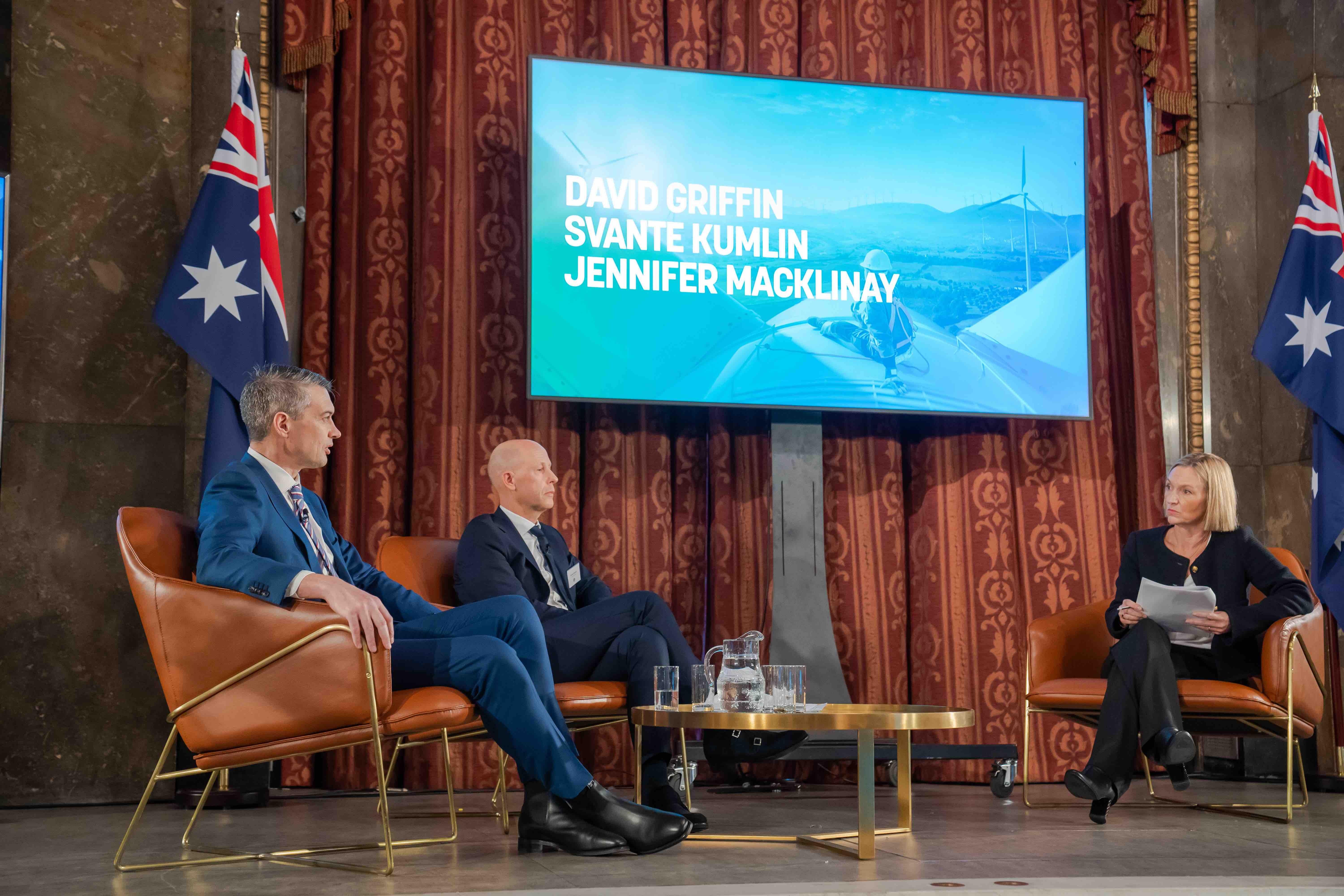 London, UK – 27 October 2021 – Eco Energy World (EEW) CEO and Founder, Svante Kumlin, recently participated in the Australian High Commission’s Technology to Zero Summit – an event which brought together public and private-sector leaders to build momentum towards COP26 and outline the action required to make net zero practically achievable for all.

Svante was a guest speaker on the panel, ‘Indo-Pacific green energy’, which explored the opportunities for clean energy in the region. Svante was joined by David Griffin, CEO of Sun Cable and the panel was moderated by Australia's Senior Trade and Investment Commissioner, Jennifer Mackinlay. The event featured a selection of high-profile speakers from the UK and Australia; attendees of the event were high-profile industry leaders supporting the development and scale-up of renewable energy technologies.

During his session, Svante detailed EEW’s experience in Australia, noting that the country’s favourable climate and modern infrastructure provided a strong base for EEW to begin its solar PV operations. To date, EEW has developed projects totalling c. 1,300 MW across Europe and Australia and retains a strong pipeline of projects across the world. Svante noted that Australia is very well positioned for growth in clean energy, particularly solar, as estimates suggest that solar power generation in Australia could reach 80GW by 2030, and 133GW by 2050.

As a highly experienced solar PV developer, Svante described how EEW has capitalised upon the advancements in solar technology to scale its developments. Svante noted that EEW’s expertise in solar provides a suitable foundation for the development of commercially viable clean hydrogen. Svante noted that for hydrogen to develop on the scale of solar, the industry must see a significant reduction in levelized cost, driven by both private and public actors.

Speaking on his appearance at the event, Svante Kumlin, CEO of EEW said,

Thank you to the Australian High Commission for inviting me to the Technology to Zero summit. I enjoyed stimulating discussions with industry peers and regulatory officials. I strongly believe that with investment and a supportive regulatory environment, Australia has the potential to expand its clean energy infrastructure and lead the world in solar power generation.